It's like buying the sun: how some people invest in solar power 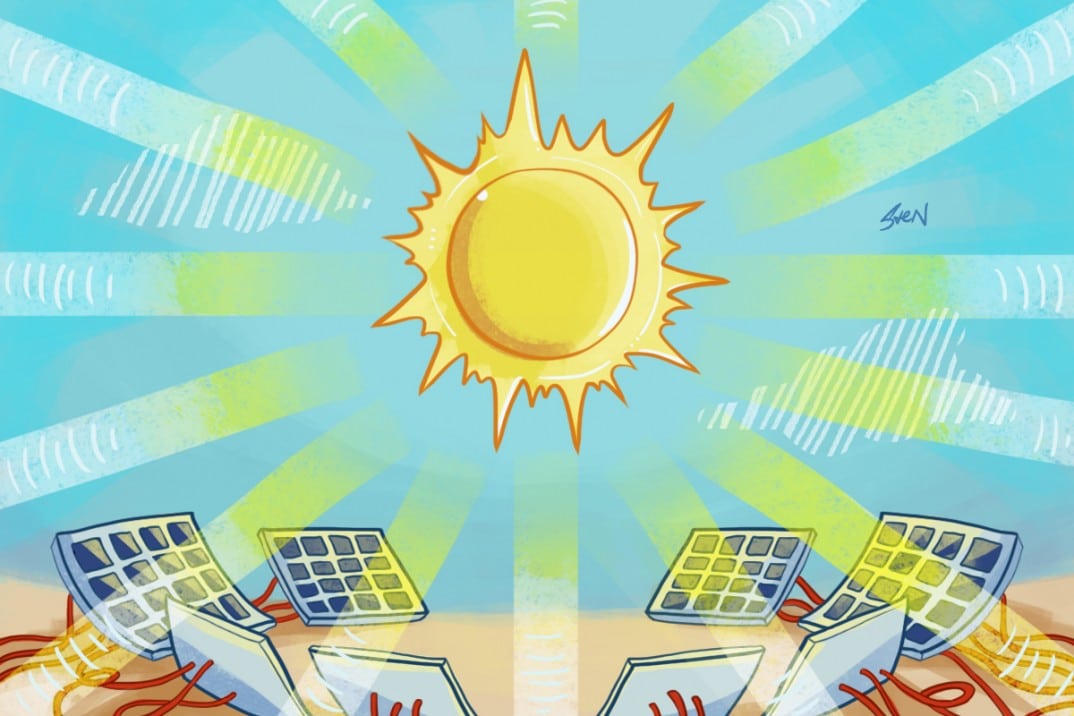 It's like buying the sun: how some people invest in solar power

QUICK, what's the main use of the sun? That's right â€“ it's to power the air conditionerâ€¦ when it's coupled with solar panels. (Yes, we know, it sustains the cycle of life, etc.) Now though, solar power has another use: It could help your wallet. More people are beginning to consider it a serious investment, and not in the sense of buying shares and bonds either.

The rise of solar energy

The International Energy Agency (IEA) has speculated that solar power could be the next big thing. At the current rate of advancement, solar power has the potential to surpass fossil fuels, nuclear, hydro, and wind power by 2050.

But we were singing a different tune in the '90s.

Back then, solar was a cute gimmick used to power calculators. The cost of photovoltaic panels (solar panels) was high, as was the cost of installation. Solar cells often had an efficiency rate of under 20 per cent, which meant you needed a football field of panels to power a small building.

But about five to seven years ago, there was a major revolution.

Government funded research into solar power started to pay off, and solar cells with efficiency rates reaching 40 per cent are now being tested. The price of solar panels fell with economies of scale; more countries began to fund solar installations, and over the past five years the cost of panels have fallen almost 90 per cent.

This has investors rushing to get in on the ground floor. One of Asia's solar companies, SolarPVExchange, provides investment opportunities for interested parties. I spoke to their director Rob Khoo, 40.

How does solar investing work?

The process starts with an initiator. The initiator is any entity, corporate or otherwise, that wants a solar power system for its building. SolarPVExchange finds investors and the money helps to pay for the cost of installation.

Once the system is running, the initiator will pay SolarPVExchange for the electricity they use (just as you pay your power bill.) SolarPVExchange then pays back investors from the amount collected, with interest.

At present, the interest paid is seven per cent per annum.

This would be considered high for most passive investments (at least, the sort available to the general public). For comparison sake, seven per cent is the same rate of return projected for most Investment-Linked Insurance Policies (ILPs).

Another interesting aspect about this investment is its short term nature. It is only a year long.

Why make the investments just one year long?

Mr Khoo says it's because "many solar developers just need short term financing, such as bridging loans, because of the high initial cost of installation".

This is also why they seek investors directly instead of banks, as "banks only kick off financing once the project is off the ground, and has been running for two or three months".

In addition, the short duration provides flexibility to investors. You can invest for one year, and if it pays off, re-invest for another year, etc. Your money is not "locked in" for 10 or 15 years, as is the case with insurance policies or fixed deposits.

Mr Khoo says this kind of investment is suited for "PMETs who have worked a few years, and have accumulated wealth". "It can also be for retirees who want to maximise their savings," he said.

The latest investment opportunity was the SunVest project. This was a project to install solar power for the SIA Sports Club, at 726 Upper Changi Road East.

The SunVest project closed on April 4, 2016, and had a minimum investment of $3,000. Visit the SolarPVExchangewebsite for details on other investments.

What are the risks involved?

The main risk is that the initiator can't pay. This is improbable (I doubt the SIA Sports Club will default on its power bill, for example), but it's not impossible.

Investors will have to study the initiator and decide if it's worth the risk â€“ they are always able to see which organisation or building their money is going to.

Regarding other factors, such as damage to the solar power system, Mr Khoo says it will not impact investors. The relevant contracts require that investors receive their payment, even in light of such events.

The initiators are also investors in a sense. They're investing in solar power in the hopes it will reduce power costs. Mr Khoo says the amount an initiator saves, in power bills, can vary widely: "The savings depend on the size of the system installed, and the power consumption. They can save anywhere from 10 per cent to 40 per cent."

A bigger solar power system will generate more electricity, thus reducing their reliance on regular power from the grid. But how much power is consumed, and when it's consumed, makes a big difference. Mr. Khoo says: "If they have a very big system, but most of the electricity they use is during the night, the savings can still be low."

But what about cheap oil? Doesn't it pose a threat to sustainable energy as a whole?

I gather that this isn't a big deal for short-term investors, who are just in it for a year. But for those who want to invest the traditional way (i.e. buy stocks and bonds in solar companies), cheap oil is a major issue.

When oil prices plummet, the interest in renewable energy often falls with it. Why would anyone be motivated to use expensive alternatives like wind, solar, or hydro power, when oil is dirt cheap?

Mr Khoo admits that in the short term, this will impact solar power. But in the long term, the low oil prices we're seeing are unsustainable. They will go back up, and they have risen to around $40 a barrel, from a 10 year low of around $26.55 in January 2016.

My own opinion is that globally, governments will carry on incentivising the adoption of solar power, through policies such as micro-generation grants (tax cuts for buildings that generate their own power). But in the near to mid-term, we could see lower interest in solar power.

That's another reason one might consider investing through the SolarPVExchange method, rather than through conventional stocks and bonds.

Money aside, this investment could work as a sort of environmental commitment. In order to make solar power viable, we need to see mass adoption of the technology. The more buildings use solar panels, the more we'll manufacture and the more research will go into improving them.

Investing in solar power builds alternatives to fossil fuels, which translates to cleaner air and better overall health in our societies.